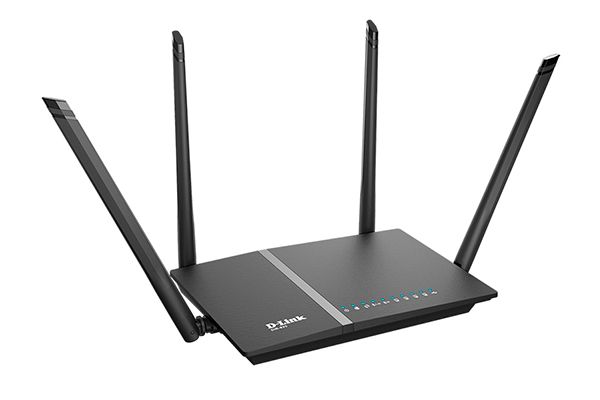 USB-port
The router is equipped with a USB-port for connecting the USB-modem with which you can quickly connect to the Internet. In addition, you can connect to USB-port router USB-drive, which will be used as a network drive, or printer.

Wireless Interface
Using a wireless router DIR-825, you can quickly organize high-speed wireless network at home or in the office, providing Internet access to computers and mobile devices almost anywhere (in the range of a wireless network). Simultaneous operation in the 2.4 GHz and 5 GHz wireless network can be used for a wide range of tasks. The Router can serve as a base station to connect to a wireless network devices, operating according to the standards 802.11a, 802.11b, 802.11g, 802.11n and 802.11ac draft (with speed wireless connection up to 1167 Mbit / s) 1.
In the router supports multiple functions for the wireless interface. The device supports several security standards (WEP, WPA / WPA2), filtration devices to be connected to MAC-address, and allows you to use the WPS and WMM.
In addition, the device is equipped with a button to disable / enable the Wi-Fi-network. In case of need, such as leaving home, you can turn off the wireless network router at the touch of a button, and the devices connected to the LAN-ports on the router to remain in the network.

Security
Wireless Router DIR-825 is equipped with a built-in firewall. The advanced security functions minimize threats of hacker attacks, prevent unwanted intrusions into your network and access to unwanted websites for users of your LAN.

Easy setup and update
To set up a wireless router DIR-825 uses a simple and user-friendly web-interface (available in several languages).
Now you can easily update the firmware - the router itself is a proven software version on the update server DLink and notifies the user ready to install it.

Antenna
• Two non-removable external antenna with a gain of 2 dBi for 2.4 GHz and 3 dBi for 5 GHz